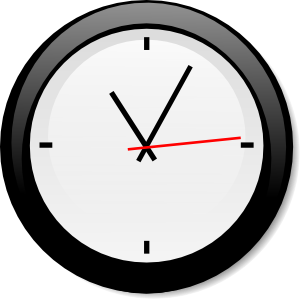 One of the interesting things about having been investing in startups for a number of years is that at any moment you get an inside peek at startups at a variety of different stages. In the course of a few weeks, I might talk to people who are ideating around new business ideas, people raising seed rounds, people raising later (VC) rounds, people whose products are blowing up, people whose product are struggling, people getting acquired, people leaving acquirers to start new companies, etc. Sadly, there are also usually a few companies that are struggling and facing the serious possibility of running out of money and being forced to shut down.

One side-by-side comparison struck me recently.  Company A is just now raising a seed round. The money they raised will last 12 months (personally, I strongly recommend raising 18 months of runway – if you have the option to do so). Company A was also, in my opinion, not ready to raise money (they needed to work on their plan and team more). Company B raised a seed round about 10 months ago and is now struggling to raise more. Company B had the option to raise more money back then but chose to only raise 12 months runway in order to minimize dilution. Company B also made the mistake of having a large VC invest $100K in the round (a meaningless amount to a large VC). The large VC has since said they won’t support the company (despite the fact that the company made pretty good progress on the business) creating a massive signaling problem.

In the current “frothy” environment, where seed investors are aggressively offering money to entrepreneurs, it is easy for an entrepreneur to think “well, if I’m getting offered money this easily at the seed stage, I’ll get offered money easily later.” In fact, once you take professional investor money, the attitude of investors (both insiders and outsiders) changes dramatically: you’ve gone from planning mode to operations mode. When you do planning, research, experimenting etc. without having raised money, investors think you are prudent (I recently interviewed the Warby Parker founders for TechCrunch and they said they spent 1.5 years planning/researching before they raised money). When you do it with other people’s money, and don’t make what they perceive to be enough progress, the investors can quickly lose faith.

The obvious lesson is well known by experienced entrepreneurs. Don’t raise money until you are ready, and when you do, raise enough to have a good shot at reaching “accretive milestones” so you can raise more money, become profitable, or whatever your goals might be.